Do you know fukusa? It is traditional Japanese gift wrap, which is smaller than furoshiki. In Japan, when you go to a wedding or a funeral, you are supposed to give a money envelope to the host. It is a good manner to wrap the money envelope with fukusa, and open it in front of the receiver. As fukusa is integrated into life in Japan, you can find some even at a 100 yen shop. This is fukusa that I bought at a 100 yen shop. 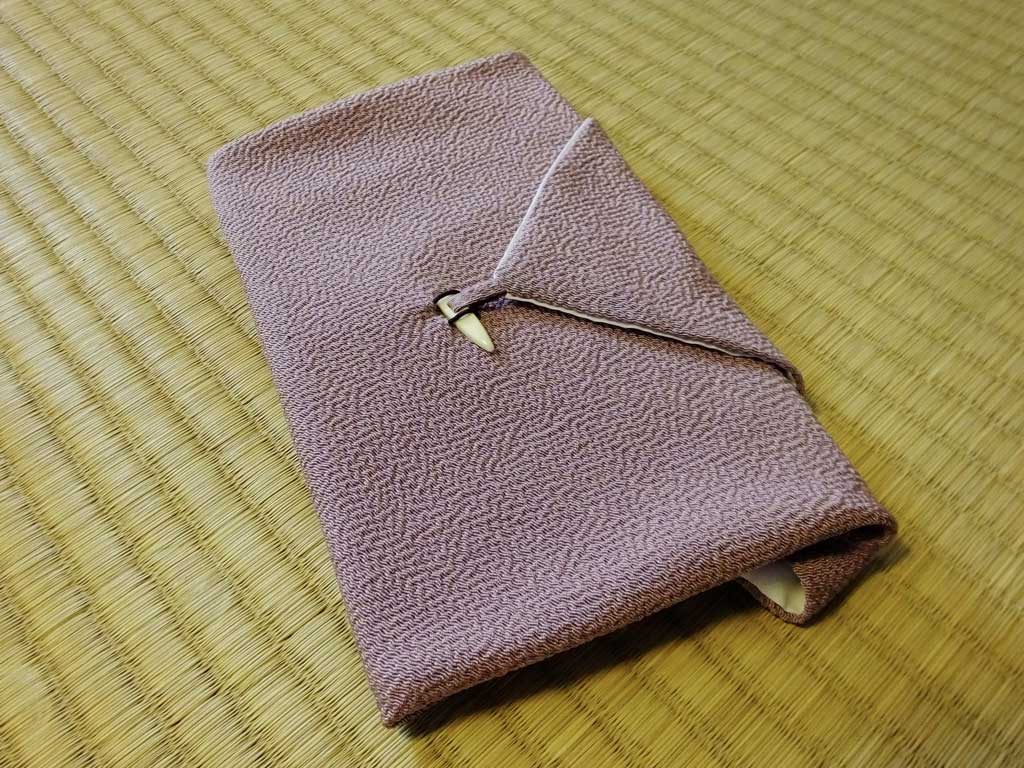 This is the back side. I didn’t wrap anything but it looked a little thick. Can you guess the reason for this? Let’s open it and check inside. 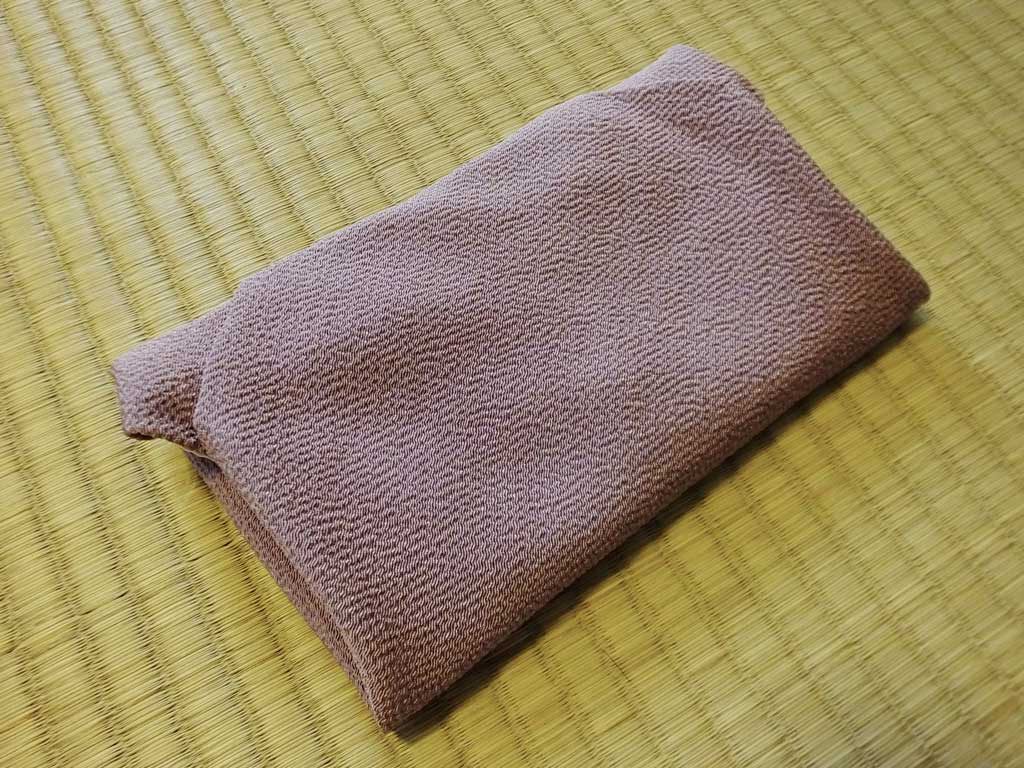 There is a rectangular plate in it. Formally you have to put fukusa on a tray called bon when you give a money envelope to someone. Today, however, you do not need to bring a bon because the plate in fukusa can play a role of it. Using fukusa with a plate in it is not a formal but a very common way. 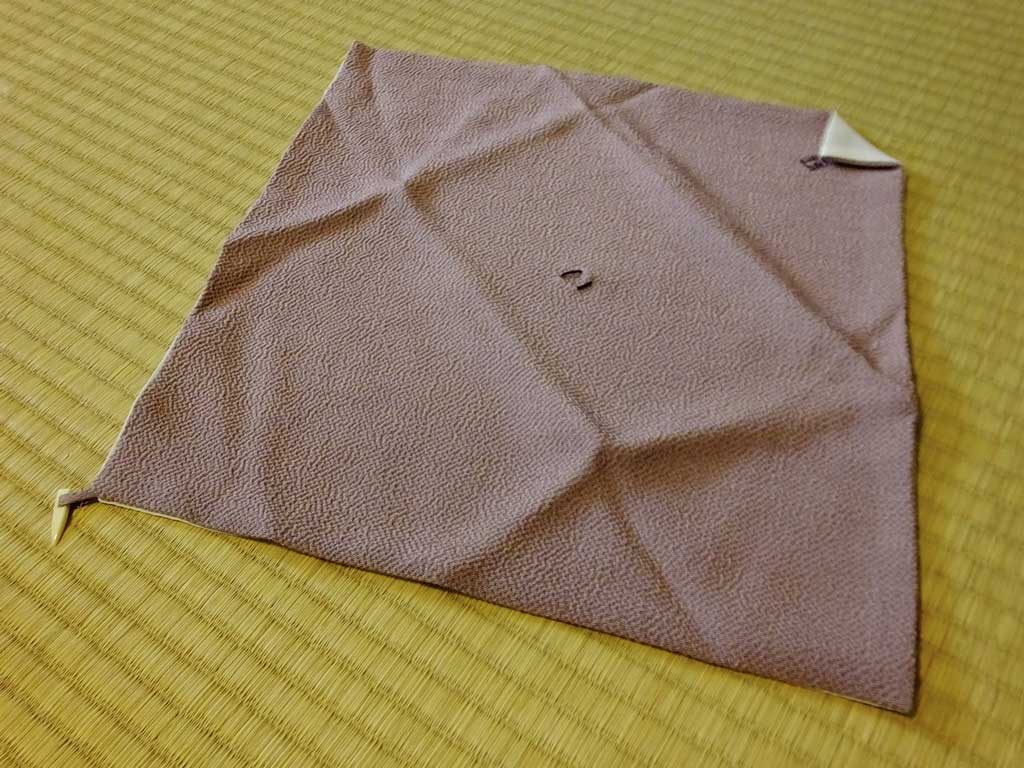 Now, let’s spread out the fukusa. A small tab is attached to it, which makes it easy to fold and close it. You can hook it with two threads in the middle. 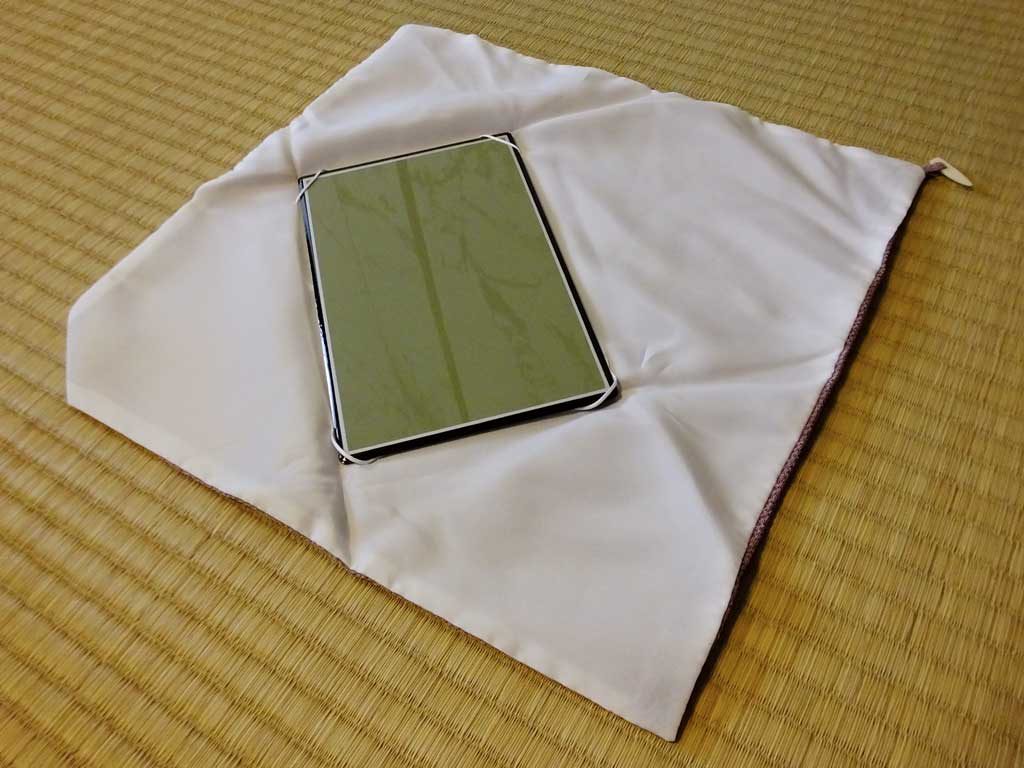 Actually, the color of fukusa is really important. While you have to use a fukusa in a warm color such as red and pink at a wedding, you need to choose one in a cool color such as navy blue and green at a funeral. This fukusa is light purple, and you can use it both at a wedding and a funeral. When you use purple fukusa like mine at a wedding, turn over the plate in it. The back is red. Yes, you need to know a lot about color in Japan. It may be a little difficult at first, but don’t worry. It is the same for many Japanese!