I bought magic cards at a 100 yen shop. The package says “transforming card” and it looks a little difficult, but it also says “level 1.” Yes, I chose the easiest one among several magic sets there. 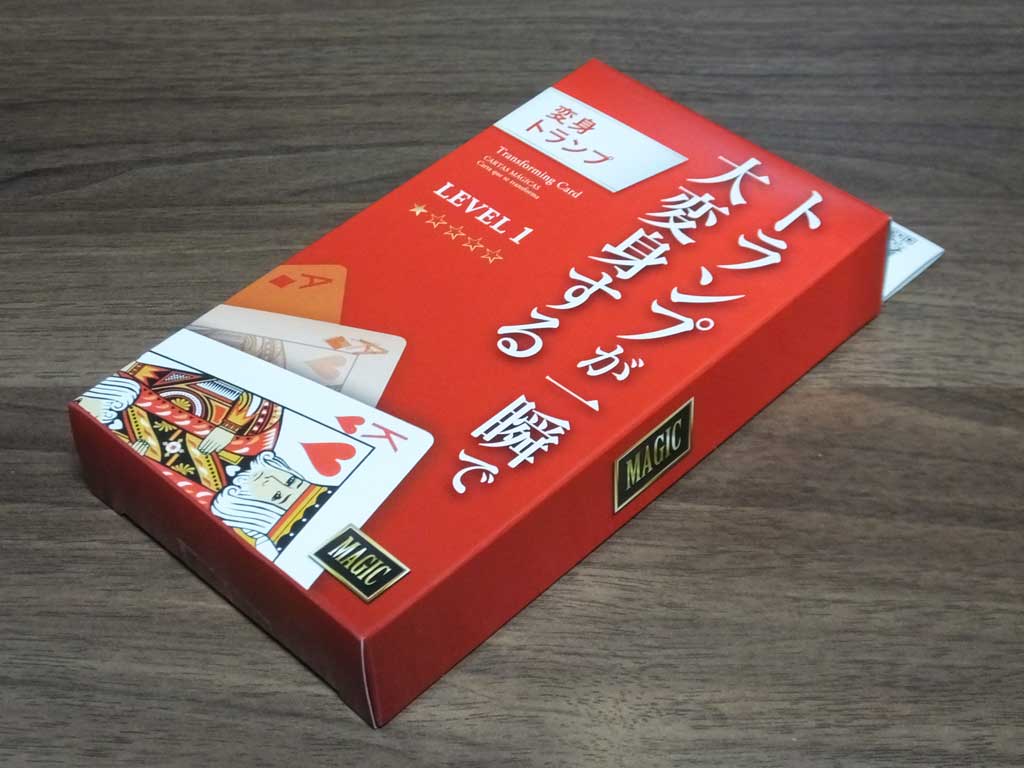 Look at the cards. Of course there is a trick, but I don’t mention it. Anyway, let’s start the magic.
First, show the three cards to the audience and say “I have three aces.” 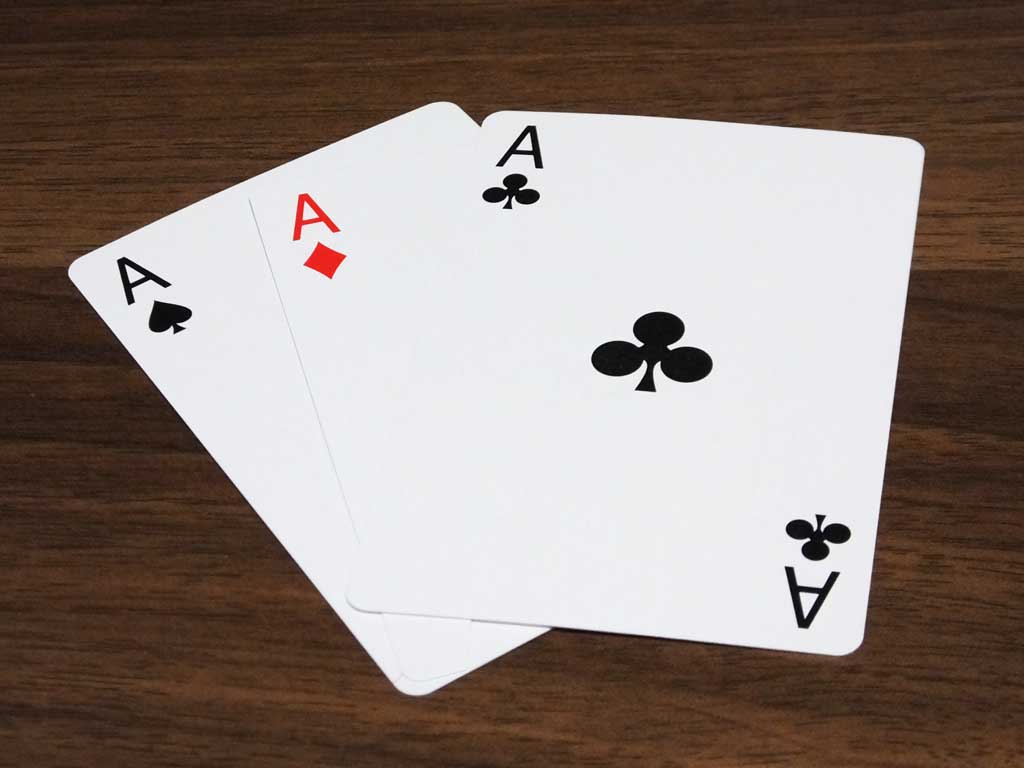 Next, turn over the cards. Then, Choose one audience member and say “Take the middle card. Don’t turn it over yet.” 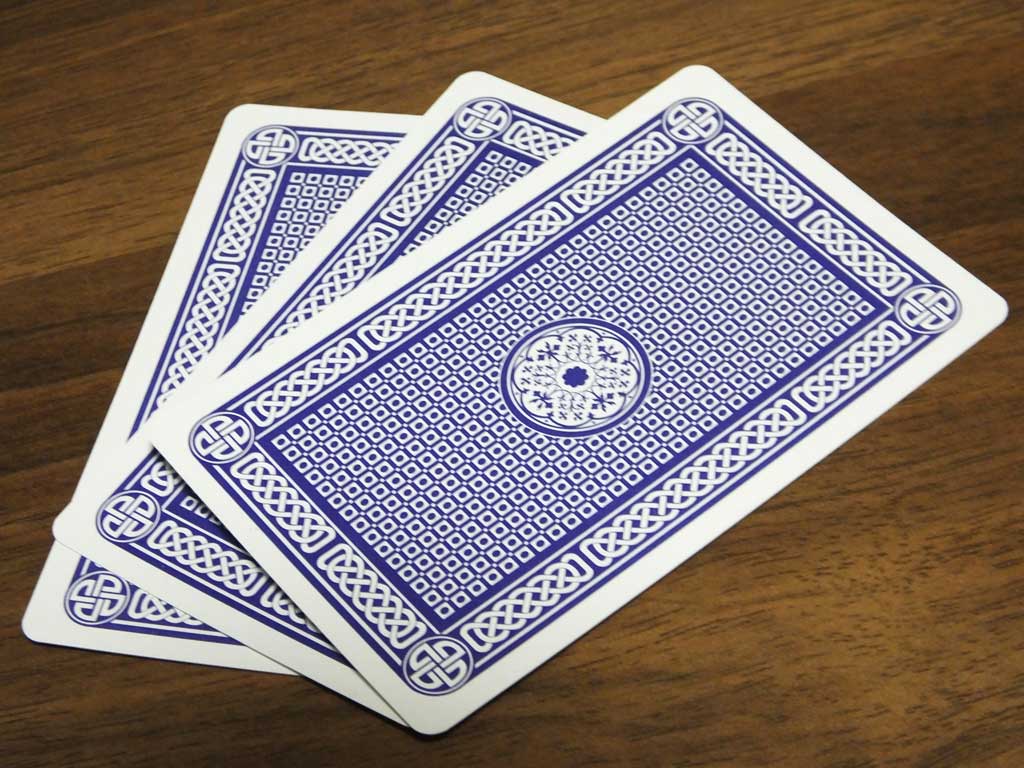 After that, look at the audience who took the card, and say like this. ”You took an ace, right? Look at your card.”
What a surprise! Now the ace of diamonds is the king of hearts. 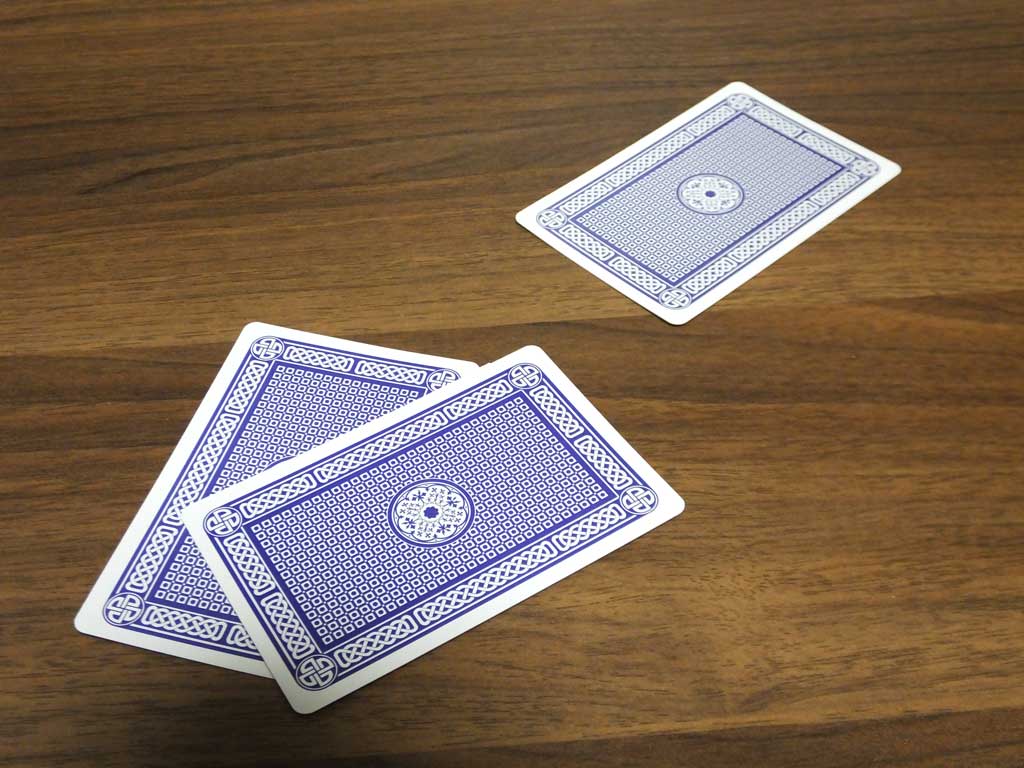 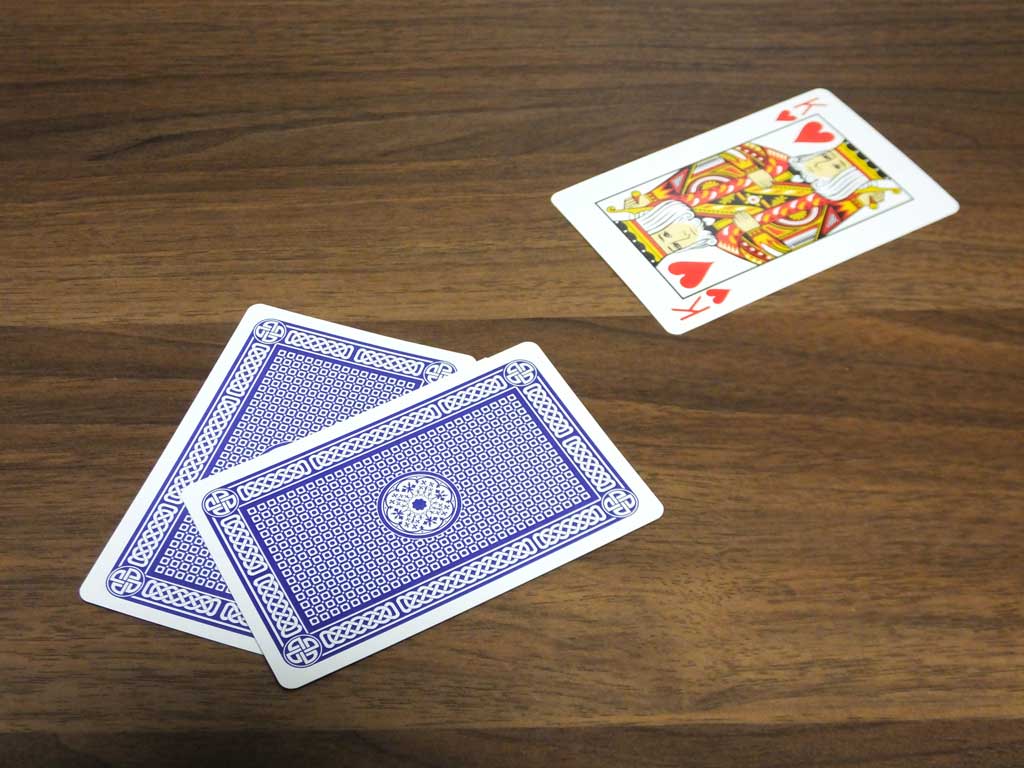 Finally, show the rest of the cards to the audience. Of course they are two aces.
What do you think? It is easy, and the manual is written in Japanese and English, too. You need a little practice, but I think even children can do it. I showed it to people, and it was successful. I can surprise people at 100 yen, which surprised me, too.