Yasurai Matsuri is an important festival in Kyoto that is held in and around Imamiya Shrine. It is one of Kyoto’s three main strange festivals, together with Uzumasa Bull Festival and Kurama Fire Festival. The festival started in the Heian Period (794-1185) and now it is held on the second Sunday in April every year. The purpose of the festival is to suppress evil deities who are believed to appear in this season and spread infectious diseases. Yasurai Matsuri is held earlier than any other traditional spring festivals in Kyoto, and it is said that if the weather is sunny on the day of Yasurai Matsuri, it will also be sunny on other festival days in Kyoto throughout the year.

Red Hair Demons and Black Hair Demons Walk and Dance in the Shrine Area (From 12:00 P.M.)

In Yasurai Matsuri, there are two processions of about 20 people each, including red hair demons and black hair demons. One procession starts from Konenji Temple and the other procession starts from Kawakami Daijingu Shrine. They start around noon and go toward Imamiya Shrine. On the way, the demons go here and there in the residential area and dance to music to lure evil deities existing there into hanagasa (umbrella with flowers on it) so that they can take the evil deities to Imamiya Shrine.

The processions arrive at Imamiya Shrine around 3:00 p.m. They make their way around haiden (the building where people worship) and then, the demons perform dance to make evil deities surrender. The dancing demons are must-see because they are unusual. They jump and turn, playing the drums, and sometimes they move slowly. Each procession has its own dance, so it is interesting to compare the two groups. 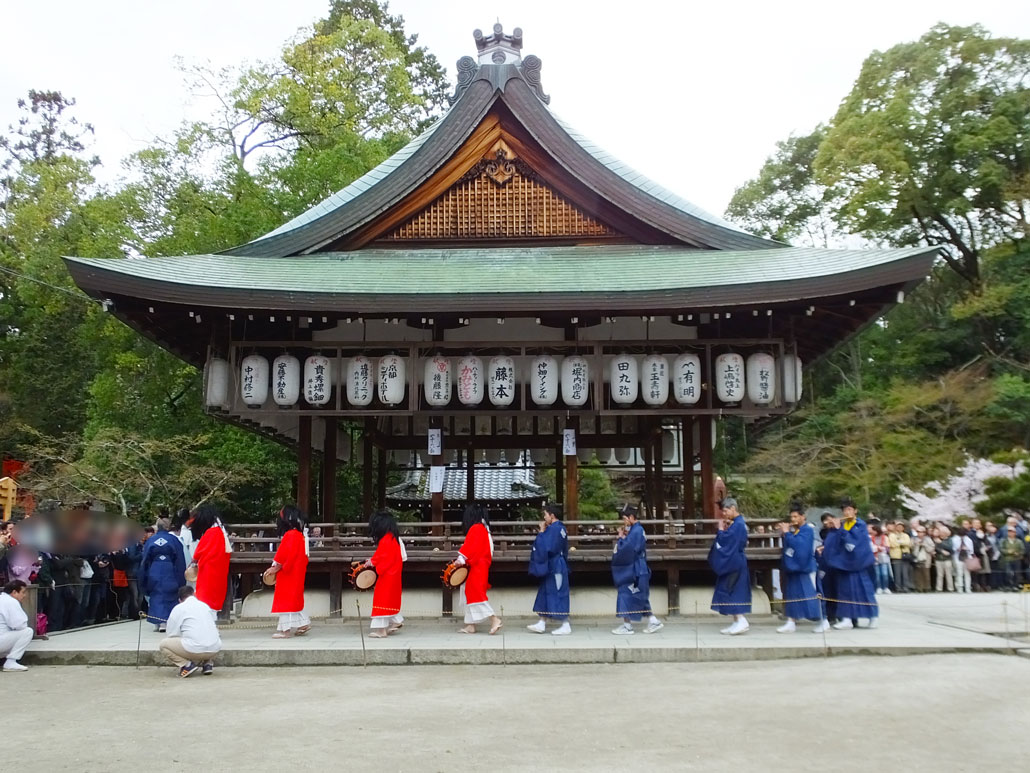 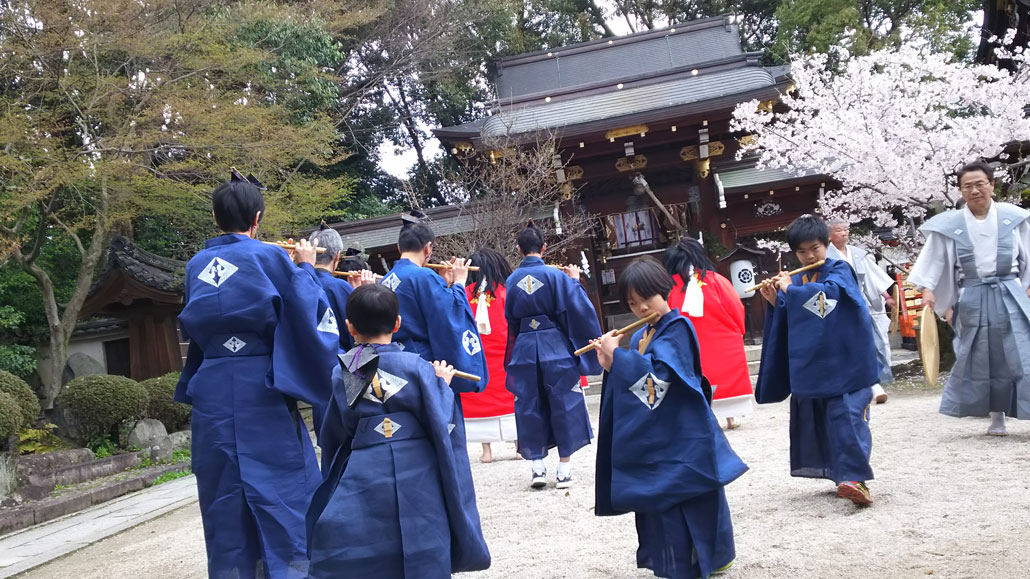 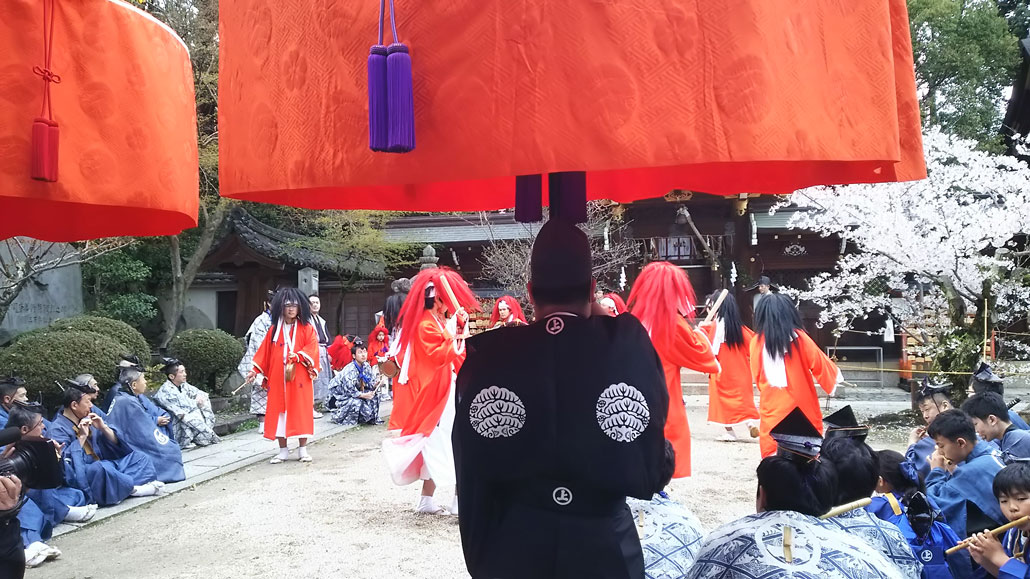 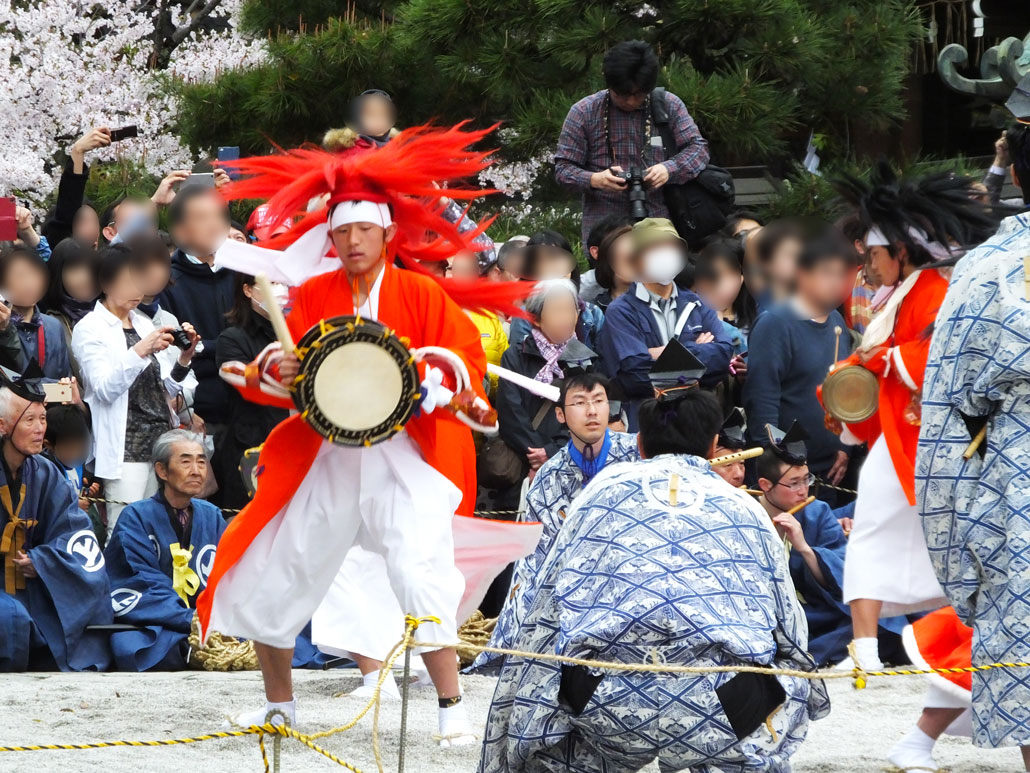 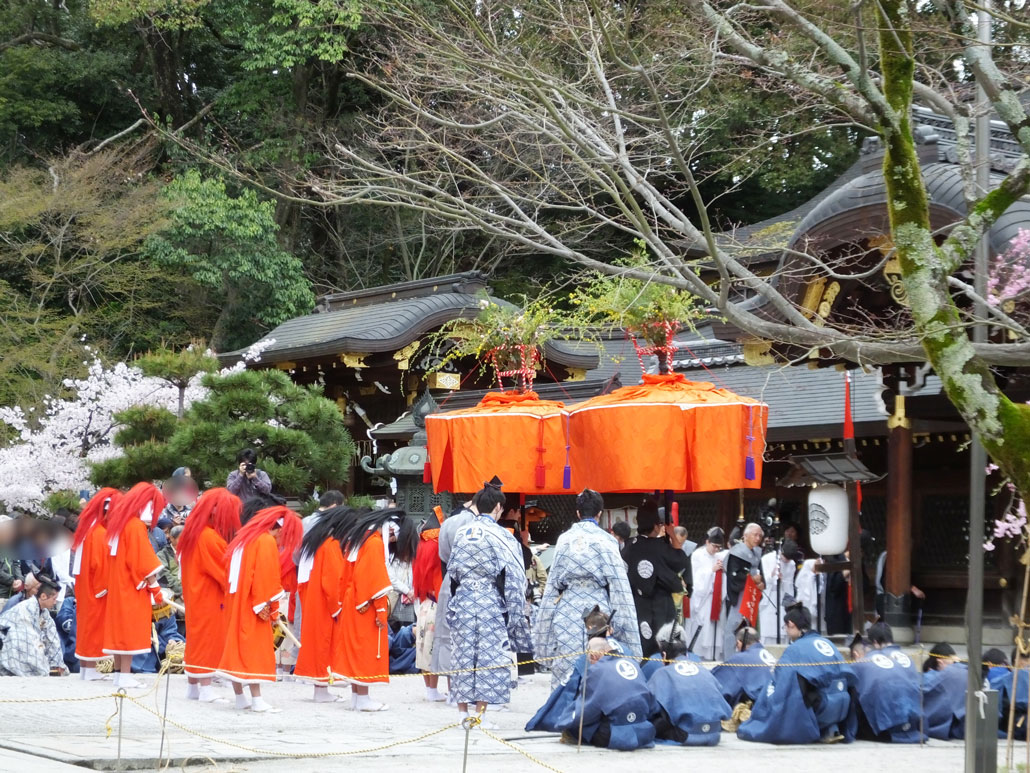 Three Things to Experience in and Around Imamiya Shrine

Let me introduce you three interesting things you can experience in and around Imamiya Shrine.